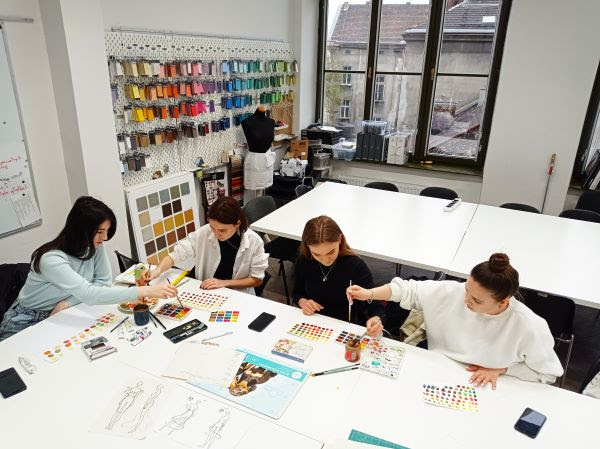 Given the exodus of over 3 million Ukrainian refugees to Poland, Polish universities are committed to assisting the global higher education community in welcoming and protecting at-risk scholars. The Jan Matejko Academy of Fine Arts in Krakow, Poland, a recent SAR member institution, rose to the occasion in light of the war in Ukraine.

Since March 2022, as many as 63 interns and 12 lecturers from Ukraine are continuing their work safely at the Academy through short-term research and teaching positions. Students are assigned to different studios, where they can continue their studies and finalize their diplomas through online communication with their supervisors from Ukraine.

To combat the language barrier, Ukrainian students and lecturers work in groups to support each other as they integrate into the Academy’s community. The Academy also provides Polish language classes for Ukrainians and ensures the presence of an interpreter. Scholarships and meal vouchers, accommodations, learning aids such as canvas stretchers, papers, paints and tools, and a charity auction have also been made available to support students from Ukraine. Looking ahead, the Academy intends to establish a special scholarship fund for Ukraine called HeART FOR UKRAINE, to be allocated to students from Ukraine in 2022/2023.

How can psychology be used to make a positive impact on critical social issues, including advancing human rights? The American Psychological Association (APA), through its long-term partnership with SAR, has spearheaded efforts to promote the rights, mental health, and well-being of scholars, human rights defenders, and other civic actors at risk. In response to recent crises, APA advocated for the evacuation of several Afghan mental health professionals facing death threats due to their collaboration with Western institutions and supported Ukrainian colleagues at the National Psychological Association of Ukraine to share resources and form a mental health hotline. Other initiatives include training SAR staff on secondary trauma and self-care, a Global Psychology Alliance webinar series as part of the Vivian G. Prins Speaker Series providing psychologists around the world an opportunity to hear the stories of SAR scholars, and a Congressional seminar hosted by the Society for the Psychological Study of Social Issues (Division 9 of APA) about protecting and promoting the human rights of scientists, scholars, and students around the world, featuring remarks from SAR Executive Director Robert Quinn. 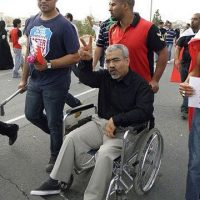 As of July 7, Bahraini scholar Dr. Abduljalil Al-Singace has been on hunger strike for one year. Dr. Al-Singace was arrested in 2011 and has since been held in Bahrain’s Jau Prison. He began refusing sustenance to protest his ill-treatment, and to demand the return of confiscated research. Dr. Al-Singace’s health has deteriorated rapidly while on hunger strike, and Bahraini authorities have not provided him with appropriate medical care. Join SAR in calling for Dr. Al-Singace’s immediate release so he can receive urgent medical care.

On the Free to Think podcast, SAR Executive Director Robert Quinn talks with Yulia Bezvershenko, a visiting scholar at Stanford University, and Liz Shchepetylnykova, a civil society activist, on the state of higher education in Ukraine after four months of war.

As Russia invaded Ukraine, and war broke out across the country, professors and students in Ukraine fought to keep education going. Even from bomb shelters, they provided lectures online and completed their coursework. “[I]t’s very important to provide this feeling of future, of opportunities.” Bezvershenko and Shchepetylnykova describe how Ukrainian students and researchers are experiencing the war, explain why many scholars are opting to stay in the country, and offer advice on immediate and long-term strategies for supporting the students, scholars and higher education institutions of Ukraine.