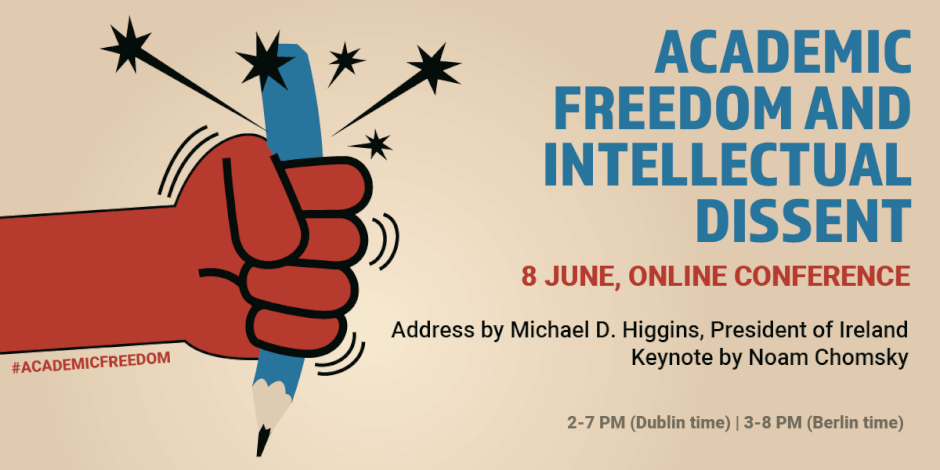 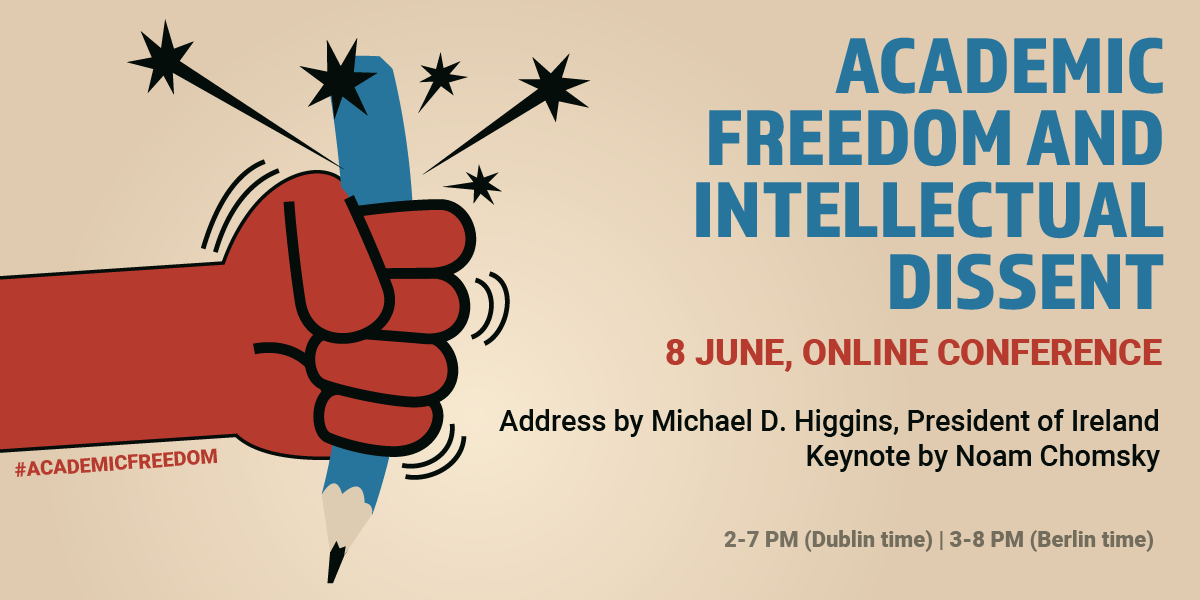 The President of Ireland, Michael D. Higgins will today address a conference on ‘Academic Freedom and Intellectual Dissent’, organised by the Scholars at Risk Ireland section in partnership with the European Federation of Academies of Sciences and Humanities (ALLEA). As an academic, human rights advocate, writer, and statesman, President Higgins has long been a passionate defender of academic freedom. The high-level event will also feature keynote remarks by renowned scholar and activist, Professor Noam Chomsky, who has worked extensively on academic freedom and the corporatization of universities. Today’s conference will highlight the importance of intellectual dissent and academic freedom to democratic societies. Speakers will discuss the interplay between academic freedom and related academic values of openness, trustworthiness, research integrity, and social responsibility. Panellists will also address the scope and limits of academic freedom in the context of political populism, neoliberalism, and the post-Covid social and educational landscape. Together with participants, speakers will consider practical ways to strengthen academic freedom in a changing university funding landscape. Registration is free of charge and open to all.

Scholars at Risk is seeking nominations for the 2021 Courage to Think Award, which will be presented during an award ceremony at SAR's annual Free to Think event in November 2021.

The Courage to Think Award recognizes individuals, groups, or institutions that have demonstrated an exemplary commitment to protecting scholars and promoting academic freedom, whether through their professional work, private or community service, or by facing personal risk. Past recipients include Dr. Rahile Dawut, who, along with all scholars and students of the Xinjiang Uyghur Autonomous Region in China, was recognized in absentia for her work in Uyghur studies; Turkey’s Academics for Peace for their efforts in building academic solidarity and promoting academic freedom worldwide; and over 600 wrongfully imprisoned scholars and students in Egypt who were honored in absentia for their struggle for academic freedom.