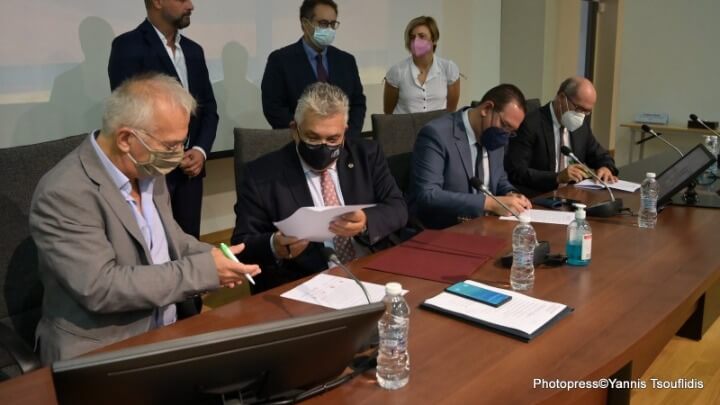 The Greek Section of the International Network of Scholars at Risk - SAR Greece, in which Higher Education Institutions and Organizations with a mission to protect threatened academics and researchers and promote academic freedom participate, was formed today in Thessaloniki with the signing of the founding document.

Founding members of SAR Greece are the Aristotle University of Thessaloniki, the Ionian University and the Universities of the Aegean and Thessaly, which have appointed their representatives, who will delimit actions to protect researchers at risk who either remain in their country and are at risk of discrimination, persecution, violence or other afflictions, whether they have recently found or are seeking a safe haven in Europe, as well as promoting their integration, thus defending academic values.